An overview of the module
ScanPaperLine Super User 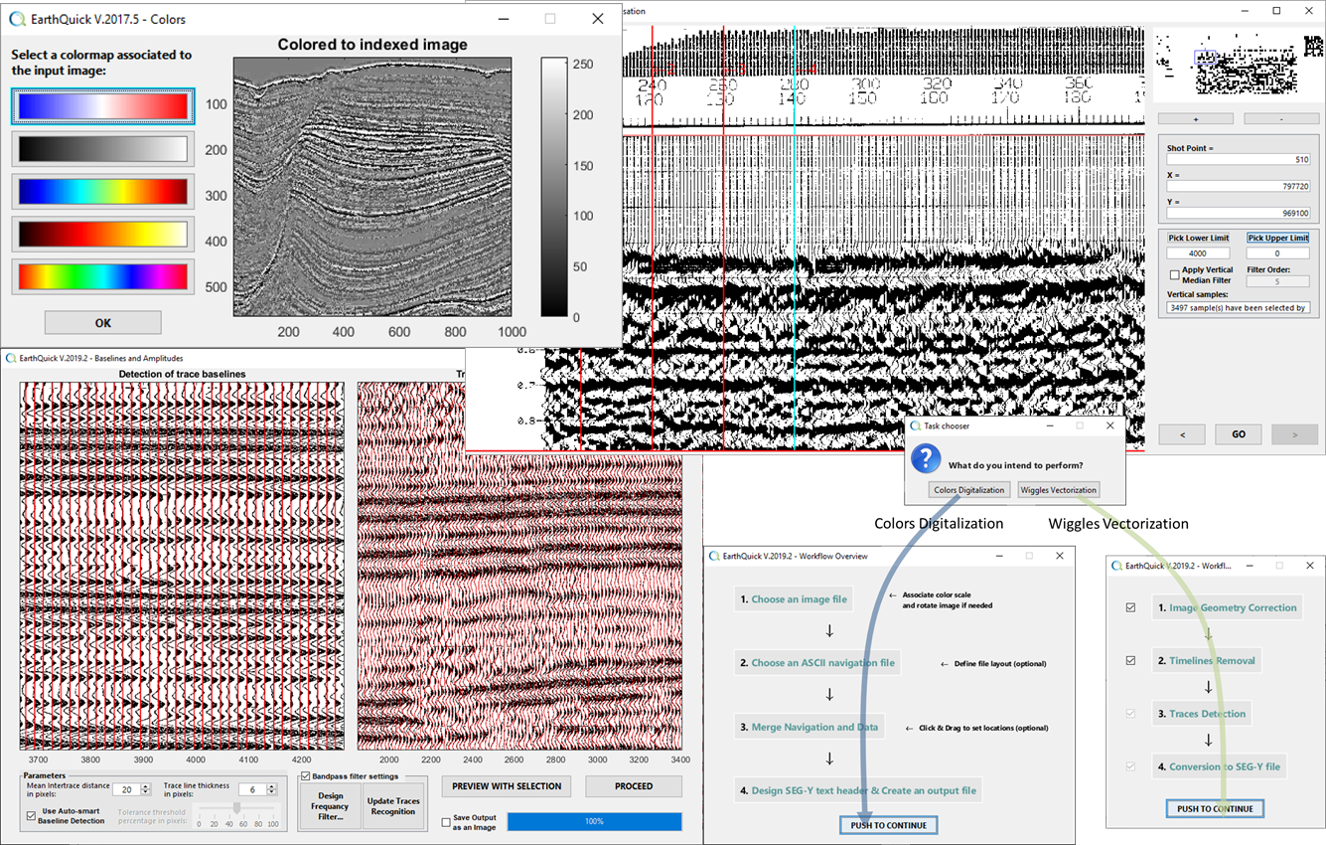 ScanPaperLine is a step-by-step process to convert any kinds of scanned images (e.g. seismic reflection or GPR data) into SEG-Y format. The workflows proposed by the module allow both digitalization and vectorization of data.

With the Colors Digitalization process, signal amplitudes are color-coded so that a color could be directly linked to one single scalar value. Hence Digitalization could be assimilated to a color scale recognition.

Steps to be fulfilled are such as:

When a section of data shows signal amplitudes as wiggles, which looks like multiple side-by-side seismograph curves, with the Wiggles Vectorization process instead, the curves could be retraced with pattern/curve recognition algorithms.

Steps to be fulfilled are such as:

Merging Navigation and Picture to create a SEG-Y through the colors digitalization. 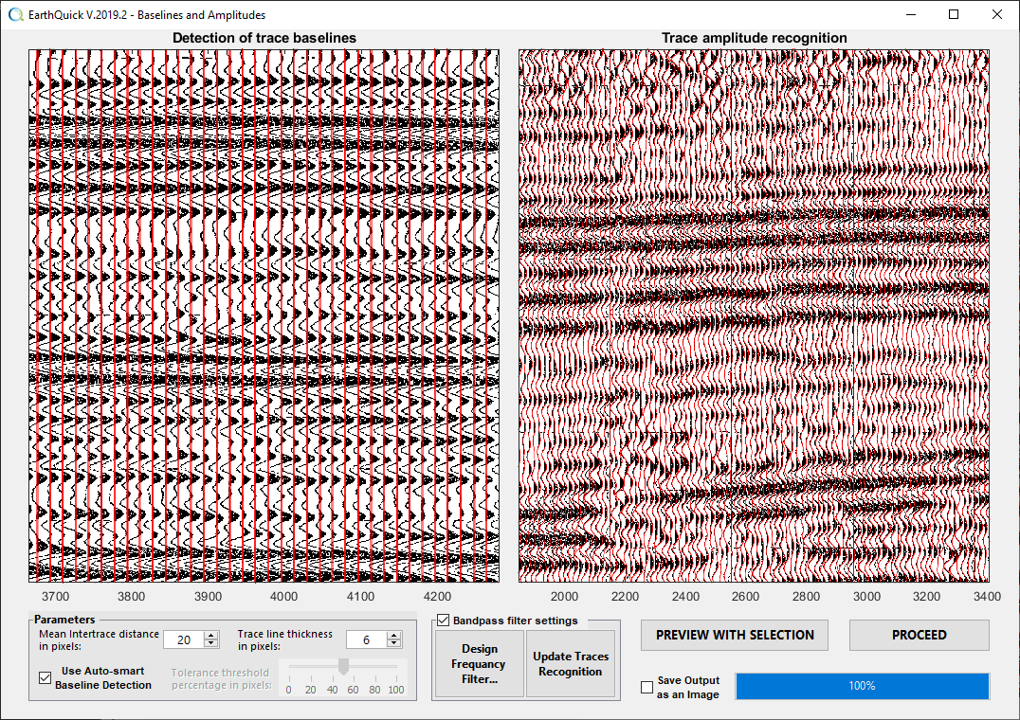 Recognizing baselines and amplitudes on wiggles through the wiggles vectorization.